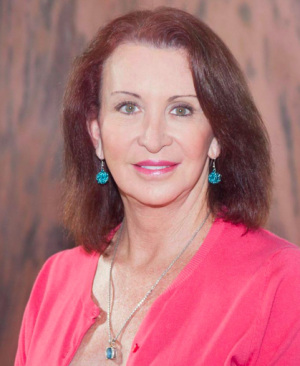 Join us Saturday, June 10, from 6:30-9:30 p.m. at the Rifenburg home, 1304 Savannah Dr., Panama City. While wine, beer and soda will be provided, guests are asked to bring an appetizer to share. All are welcome.

The 10:30 a.m. service at Unitarian Universalist Fellowship of Bay County will feature Gina as the guest speaker. And, she’ll stick around after service for coffee and conversation. Join us at 1410 Airport Rd., 10:30 a.m. Sunday, June 11.

Gina Duncan was born Greg Pingston and lived as a man for 50 years. Greg was a standout football player in high school and earned a football scholarship to attend East Carolina University (ECU). Greg was the captain of an undefeated state championship football team at Merritt Island High School, an all-state middle linebacker and was class president and homecoming king at Merritt Island. In college, Greg was an all conference football player and elected Vice President of the Student Government Association at ECU. Greg was a father of two, a husband, a brother and a son.

Greg transitioned to Gina in 2006. In 2014, Gina became Equality Florida’s Transgender Inclusion Director embarking on a career in corporate transgender inclusion training and consulting. Gina has trained major corporations across the United States and was a guest speaker at the Global Summit on Human Rights in Milan, Italy sponsored by the Harvey Milk Foundation. Gina is now recognized as a national and international speaker on transgender inclusion in the work place.